I’m a Senior Lecturer in modern history, and part of the Centre for Modern British Studies, at the University of Birmingham (you can find my Full CV here). I write for media including The Guardian, The Big Issue, The Scotsman and The Times Literary Supplement. My first books (for Oneworld Books and Oxford University Press) were cultural histories of the nineteenth century.

But the Beginner’s Guide, above, was intended as the text in which I said goodbye to the period, and to cultural history in the form I used to write it.

In new projects, I’m making use of some long-standing working habits. For years I’ve done lots of my work outdoors, on long reading trips in my waterproof sleeping bag: 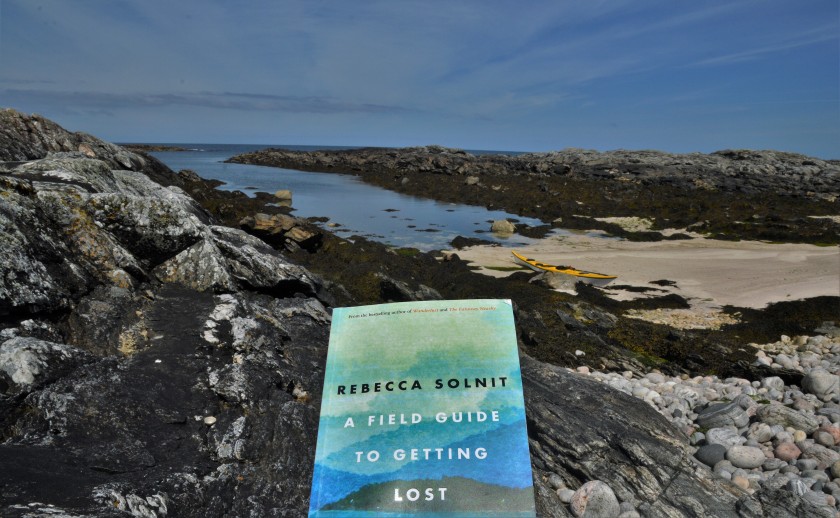 On these trips, my drybag would be full of the history books I needed to immerse myself in, but would also contain poetry and natural history. With around eight hours travel and six hours sleep, I could read for many hours each day and think while on the move. This proved a far more productive form of work than my routines at home or in the office.

In 2013 I started to put photos/reports from reading trips online at a blog called Mountain, Coast, River (partly in an effort to learn to write more engagingly). I’ve then spent the last three years acquiring skills to help me adapt the themes I write about – in both non-fiction and fiction – to match up with those outdoors reading practices. This involved a project on the concept of time, collaborating with natural scientists, philosophers and others, which began in 2015 in Brazil, continued in Japan in 2016 and ended back in Brazil a year later. It also involved a visiting fellowship in the Irish Studies Centre at the National University of Ireland, Galway, and included experiments in nature writing for various magazines and books. Most of all, though, it involved trying to use immersion in places – especially places that are now much less widely frequented than they once were, such as past inter-island trading routes – as a form of research.

Part of the reason I’ve tried to make these changes is that many of the important historical questions today are ones that relate to human embededness in their environments – whether weather, land, sea or other species – while today’s ecological crises demand historical perspectives. (And this isn’t all a story of measuring resource use, or building scientific visions of environmental history). I believe there’s an important place for storytelling, poetry, art and adventure in exploring how those relationships might work.

Nor do I think anything worth writing about should ever end up confined to expensive academic monographs or articles locked behind paywalls. So my goal is to say similar things, in different styles, in the main academic fora of the historical profession (for example, the 2019 article ‘Time, Space & Islands’ in the journal Past & Present) and in pieces for a general readership (such as ‘Rethinking our Coastlines’ in The Big Issue). Of course, the trial-and-error process of trying to do that isn’t always (or even often) wholly successful, but the trying is a process of research in itself.

The Frayed Atlantic Edge is my most sustained attempt at this intertwining of storytelling, ecology, history, and poetry, in ways intended for a general readership as well as historians.

My next project, called Afloat, will explore the cultures of islands and seaboards across the North Atlantic, using their small boat traditions as a point of access.

I’m always happy to speak for free (with no expenses) for a good cause – whether the cause be a charity or an independent bookshop – please do get in touch (see the contact page for details).