In July 2016, I set off to spend a year kayaking the Atlantic coastlines from Shetland to Cornwall. The idea was to travel slowly and close to the water, in touch with both the natural world and the histories of the coastal communities. I spent as much time in coastal archives as in the boat, gathering stories and learning what Britain and Ireland look like with oceanic geographies at the centre.

The result is a book published by Harper Collins, which is joint winner of the Highland Book Prize, a New Statesman Book of the Year 2019 (nominated by Robert MacFarlane), BBC Countryfile’s Book of the Month (August 2019) and currently shortlisted for the Wainwright Prize for UK Nature Writing 2020. 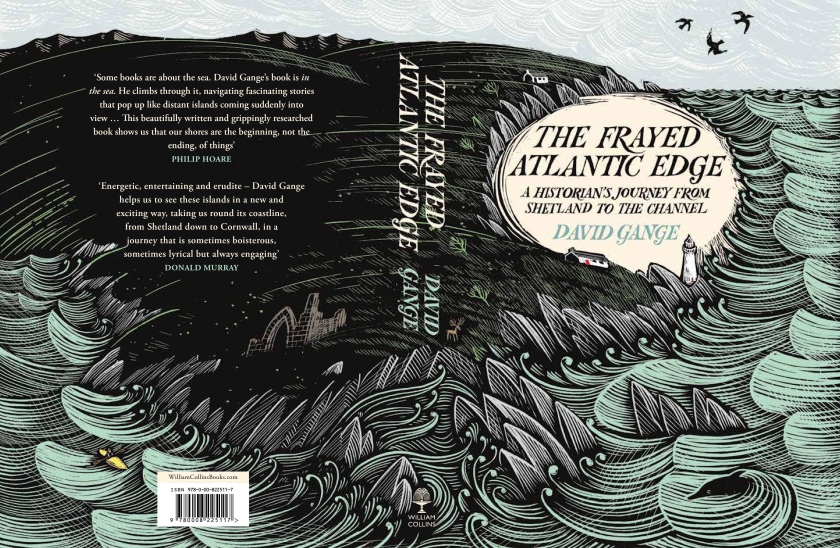 As well as information on further projects (see tabs above), this website contains resources to complement the text. The book has 40 photographs and 12 maps, but many more records of the journey were created while undertaking it. Here there are galleries of photos taken in each region of the journey (matching up the chapters, and including some of the detailed maps from the book itself), while there are also links to media coverage, such as an appearance on BBC Breakfast TV before the journey started, interviews on e.g. BBC Radio Shetland, and articles in e.g. The Scotsman, The Big Issue & The Guardian. And you can watch a talk from a virtual Into the Wild Festival here.

The other tabs above will take you to resources ranging from an extensive bibliography of coastlines, to information about how to get into sea kayaking, or tips on how to start learning the languages of the Atlantic edge. For completely up-to-date material, see the twitter feed @david_gange. I also kept a blog – at mountaincoastriver – while travelling, and links to those posts can be found in each photo gallery (none of the material in the blogs, except a few photos, is reproduced in the book). These resources are intended to help readers of the book sustain their immersion in the Atlantic waters of Britain and Ireland, getting as immediate a sense as possible of what it’s like to do several things: 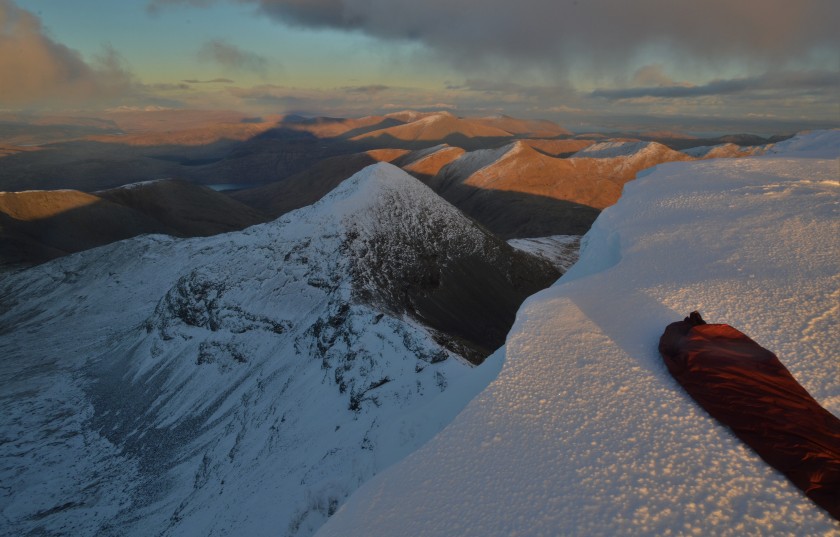 ‘A brilliant book, and a major step towards a genuinely radical reimagining of the British Isles’. The Scotsman

‘His prose runs, breaks and shifts with the force and beauty of the seas that bear him…[A book] worth attention for its deeper argument as well as its thrilling surface.’ The Spectator

‘Rarely have our coastlines and cultures been explored with such understanding and respect.’ The Highland Book Prize Judging Panel

‘The book that has been wanting to be written for decades: the ragged fringe of Britain as a laboratory for the human spirit, challenging, beautiful, a place where sea and land are deeply interpenetrated: and here is the person to do it – physically resourceful, articulate, clear-eyed, informed, attentive to the realities, and crucially at home in all the elements.  A book reliant in the end on one key fact: edges are revelatory.’ Adam Nicolson, author of The Seabird’s Cry winner of the Wainwright Prize 2018

‘An argument for a different kind of history…The strength of Gange’s account is his generosity. His own wry persona never overshadows the voices of past and present inhabitants…It helps that Gange’s prose is itself poetic and precise…His enthusiasm for snoozing in soggy sleeping bags is infectious. A dunking in the freezing sea, off the coast of County Mayo, leaves the author shivering but “ignited, elated”. Surfacing from his book, the reader is invigorated, too.’ The Economist

‘Some books are about the sea.  David Gange’s book is in the sea.  He climbs through it, navigating fascinating stories that pop up like distant islands coming suddenly into view.  Whales become living history, otters ribbons of water, geology and literature and especially poetry are drawn together by the intimate witness Gange bears to the ocean’s edge.  This beautifully written and grippingly researched book shows us that our shores are the beginning, not the ending, of things.’ Philip Hoare, author of Leviathan: or, the Whale, winner of the Samuel Johnson Prize, 2009

‘You can almost feel the cold slap of seawater against the face, taste the salt. Yet The Frayed Atlantic Edge isn’t just another paddler’s account of derring-do…it is the people who once inhabited these fringes, and still inhabit them, that take centre stage. From Viking earls and fisher lasses to living poets, individual and communal histories rise from the page like the Atlantic swell…He talks not of coastal wilderness, but ‘its entanglement with history’. In his own words, this journey, and the book he has written, is ‘an exercise in the art of interpreting the intertwining’. For anyone with a love of land, sea and people, it’s an exercise well worth reading.’ BBC Countryfile

‘Such an attentive, generous writer. From his close and vivid observations of the natural world, to his championing of artists, writers and activists, this…is a perspective-shifting work.’ James Macdonald Lockhart, author of Raptor: A Journey through Birds (2016)

‘Historian David Gange is an excellent guide… This epic kayaker, this human seal…battled gusts, swells and eddies as he took to the tides…his brisk account of the journey is dripping with erudition.’ Irish Examiner, Weekend Magazine

‘[This book’s] empathy with, and understanding of, Shetland is really striking, clearly derived from a curiosity, a listening ear and an attention to detail; but that’s equally true of all the other places he visits along the Atlantic edge…This intimacy with communities is one of the qualities that sets this book apart…No reader can fail to be struck by his breadth of view and ability to make effortlessly lucid connections between poetry, natural history, archaeology, political history and much else…The Frayed Atlantic Edge should find a place on the bookshelves not only of those whose real or spiritual home is on that edge, but of historians, geographers and – perhaps most of all – administrators and decision-makers.’ Shetland.org

‘He resorts courageously to a kayak, entrusting this cockleshell to the rigours of the Atlantic…Orcadian navigators, Irish saints and Welsh pilgrims paddle out from his pages, taking us to reaches that were roads when London was but a rumour…An intensely political book, ruing the urban, inland ascendancy that has made the far West culturally, as well a geographically, marginal in the interests of commerce and the name of modernity. But there is also uncomplicated beauty, as well as wonderful descriptions of elemental moments when survival depends on skill and the boat becomes the author’s homeland. His sea is stormy, but it is also ‘a great heart’, its islands wombs as much as tombs. Strewing poems and ideas in his wake, the author finds keening sadness and causes for righteous anger as he struggles to keep afloat, but also optimism for new ways of inhabiting and shaping the future of our battered western fringes.’ Country Life Magazine

‘Gange is specifically concerned with resetting conventional spatial orientation – and does so more convincingly than anyone so far…Definitely a 2019 highlight.’ Tim Hannigan, author of A Brief History of Indonesia

‘Masterfully brings local, situated perspectives and embodied evocations of place together with attention to the immensity and relationality of past and…present Atlantic geographies.’ Marine Coastal Cultures

‘A glorious historian’s adventure…with startling clarity… Reading The Frayed Atlantic Edge during these dry quarantine weeks recalls the edge-feelings that writing at its best can pry out from subconscious and submarine depths…Gange’s willingness to embody his academic practice, and also his precise, wistful, evocative prose provides a thrillingly immersive model in the wake of which many of us are likely to be paddling more a long time.’ Steve Mentz, author of Shipwreck Modernity: Ecologies of Globalization

‘If you only read one book exploring the wilds of the British Isles this year, then this is it!’ Pilgrim Magazine

‘Seldom have we encountered a work that engages with its subject in such a cognisant way.’ The Island Review

‘Captivating and loving…a History of Britain and Ireland like no other.’ The Week

‘An important book, that asks us to reconsider our ways of seeing and experiencing a profound coast, one that has much to teach us in the uncertain times ahead’. Scottish Historical Studies